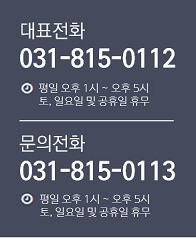 When we hear the word “China,” most people recall the expression “Large.” The term “Large” is usually used to describe 1.4 billion Chinese people.

The Chinese have long flouted their proficiency in imitating, now on a ‘large' scale. They have replicated entire towns from other parts of the world, most of which are from Europe. These are the 11 cities that China has copied from other countries.

Luodian is a town in Baoshan District about 25 kilometres (16 mi) from central Shanghai. It is the part of the “1 City  9 Towns” project. It had resembled Sigtuna, Sweden and the Lake Malaren.

Holland Village is the part of the housing project the “1 City  9 Towns” initiative the Shanghai Planning Commission set up in 2001 as part of a policy to decentralize and shift populations away from the congested city center.

The City of Lights shines bright for China’s eyes that they even had the city itself complete with the recognizable apartment buildings and the Parisian trademark, the Eiffel Tower. However, unlike the real Paris, most of the apartments near the tower are empty, and few stores are even open for business.

A replica of an Austrian UNESCO heritage site, Hallstatt village, in Huizhou, South China's Guangdong province, on June 1. The metals and mining company China Minmetals Corp spent $940 million to build the site in the hope of attracting tourists and property investors there, according to local newspaper reports.

The fake bridge in the province of Jiangsu has a cafe on top that serves “English-style coffee” and has twice as many towers compared to the original. What it lacks though is the raising mechanism that will allow boats to pass underneath.

Thames Town is the English name for a model city constructed in the Songjiang, 25 miles (40 km) southwest of Shanghai. Architecture in classic British themes featuring cobblestone streets, Victorian terraces, and red telephone booths are on display.

In this German-style town outside of Shanghai, complete with canals and colorful apartment buildings, it’s rumored that only one in five apartments are occupied. The town’s capacity is 50,000 people.

Breeze Citta di Pujiang is the least recognizable out of all the series replicas. It is said to have been modeled after an Italian city but the small town doesn’t feature much other than a very small population.

This bridge was built to replicate the Parisian Arch Bridge. Unlike its French counterpart, it’s made out of cement.

This French-replica hotel (Zhang Laffitte) was constructed using the original blueprints of the actual Ch teau de Maisons-Laffitte in France, complete with a spa and a museum.

This is not a town but a shopping mall, and Tianjin Florence Town covers an area of 200,000 square meters and houses some of the world’s famous brands.

Why are fake cities appearing in China?

In order to redeem cities from enormous population pressure and to foster tourism, China had implemented a “1 City  9 Towns” plan in 2001. The plan consists of ten Towns: a new medium-sized city(Song Jiang) and nine compact key cities. By implementing this plan, the government hoped to prevent urban sprawl.

Are there any problems? What do other countries think?

Because the Chinese people are long associated with making counterfeits, people all around the world are aware that they should be wary about what they buy in China. Moreover, this is also leading China citizens to accept the “illegal imitation culture." Last April, Egypt protested against China for their fake Sphinx. However, the China is building it secretly again. Then, why aren’t there any restrictions on these imitations? It is because this is the first. No one had done what China has done; copying the whole town or city. Now, China has shown unbelievable copying skills, surprising the world. The world should be aware of the shortcomings it might bring to variety of sectors including tourism, history, etc.